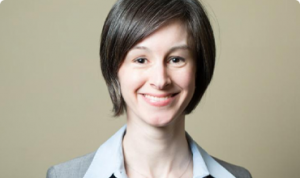 Tara graduated from the University of Toronto Faculty of Law in June 2011 and joined Waldman & Associates in August 2011 for her articles. She was called to the Bar in Ontario in June 2012 and has been an Associate with the firm since that time.

Tara has experience representing clients before the Immigration and Refugee Board and in all varieties of applications to Citizenship and Immigration Canada. She has assisted clients in complex matters, including inadmissibility and exclusion from refugee status.

Tara is an avid traveler and has volunteered in Kenya and Peru. At the undergraduate level, she studied international development at McGill University. She continues to cultivate an interest in global social justice issues.

Tara speaks and writes French at an intermediate level.

Notable Cases Tara Has Been Involved With: