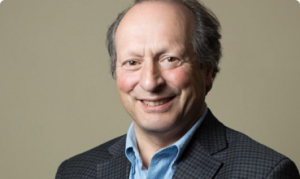 Lorne has been practicing exclusively in the area of immigration and refugee law since 1979, the year he opened his own law practice.

Lorne received his Bachelor of Laws Degree from Osgoode Hall Law School in 1977. In 2000, he received his Masters of Laws Degree from the University of Toronto. His thesis was entitled International Human Rights Law and Limitations on a State’s Right to Expel Non-Citizens. He has written extensively in the area of the Canadian Charter of Rights and Freedoms and its impact on the rights of immigrants and refugees. He has also written many articles on human rights issues as op-ed submissions to newspapers.

Lorne is the author and editor of Immigration Law and Practice, a two volume, loose leaf service published by Butterworth’s Canada in 1992. Immigration Law and Practice has often been cited as an authority by the Federal Court and the Federal Court of Appeal as well as by the Supreme Court of Canada. In addition, Mr. Waldman has authored three other works: The Definition of Convention Refugee, published by Butterworths in 2001; Canadian Immigration and Refugee Practice, a work that includes a commentary and case digests, which was first published in October of 2005 by Butterworths and is published annually with updates to case digests and commentary; and Inadmissible to Canada: The Legal Barriers to Canadian Immigration published by Lexis Nexis Canada.

Lorne has been appointed as an adjunct professor of law at both Osgoode Hall Law Schools and at the University of Ottawa Law School. At Osgoode, he taught immigration law and a seminar on National Security and Human Rights. At the University of Ottawa, he has taught immigration law and he has also co-taught a seminar on Anti-Terrorism Law with Professor Craig Forcese.

Lorne has appeared very frequently at all levels of the courts in Canada, including the Supreme Court of Canada, the Federal Court and the Federal Court of Appeal where he has argued many of the leading cases in immigration and refugee law, such as:

Lorne successfully acted as co-counsel for Maher Arar at the Commission of Inquiry into the Actions of Canadian Officials in Relation to Maher Arar which investigated and reported on the circumstances behind his deportation from the United States to Syria where he was subjected to brutal torture. The Commission of Inquiry concluded that there was absolutely no evidence that Mr. Arar was involved in any illegal activities.

Lorne has also appeared as a witness before House of Commons and Senate Committees on issues of immigration and refugee law. He appeared for the Canadian Bar Association as one of the spokespersons on national security issues at hearings into the Review of the Anti-Terrorism Legislation and assisted in the writing of the CBA briefs on the Anti-Terrorism Legislation to the Parliamentary and Senate Committees.

Lorne has been regularly recognized for his contributions to the legal profession. In August 2007, he was awarded the Louis St Laurent award by the CBA. In 2015, he was given a Lifetime Achievement award from the Canadian Bar Association National Immigration Law Section. Lorne was named one of the top 25 most influential lawyers in Canada by Canadian Lawyer magazine in 2010, 2015 and 2016. Most recently, in 2017, he was honoured by being named to the Order of Canada.