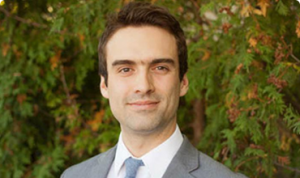 Charles joined Waldman & Associates as an articling student in September 2017 after completing his legal studies at Dalhousie University’s Schulich School of Law. He was c During his studies, Charles worked as a teaching assistant at Dalhousie and completed a summer internship with a legal aid clinic in South Africa. Charles was a recipient of the Schulich Scholarship in Law in 2017.

Charles completed a Bachelor of Arts degree at Queen’s University in 2009 and a Master’s degree in Philosophy at Dalhousie University in 2014. Between those terms Charles worked as an English teacher in South Korea and as a court reporter for the Ontario Ministry of the Attorney General in Toronto.